Is Heading the Ball Safe? 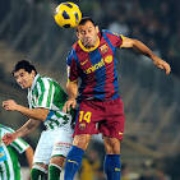 There is good news and bad news.

First the bad news…many recent studies have concluded that heading a soccer ball can cause brain damage. Soccer players who frequently head the ball—a commonly used tactic for passing or scoring in a game—may be risking brain injury, memory loss, and impaired cognitive ability, according to a study published in the journal Radiology.

Canadian researcher, Dr. Tom Schweizer, director of the neuroscience research program at St. Michael's Hospital in Toronto, warns that heading a soccer ball -- a common move on the playing field -- can have serious, long-term effects on the brain.

Concussions account for as many as 8.6 percent of injuries in soccer, according to the study. Some of these concussions are caused by collisions, while others come from heading -- deliberately using your head to control the ball.

Not enough attention is paid to the consequences of this particular tactic, which can have lasting effects on thinking and memory even when the blows to the head aren't severe enough to cause a concussion, Schweizer said.

Now for the good news…Michael Lipton, associate director of the Gruss Magnetic Resonance Research Center at the Albert Einstein College of Medicine in New York, tested soccer players using a type of MRI called diffusion-tensor imaging that looks at microscopic changes in the white matter in the brain. White matter is the tissue that conveys messages from one region of the brain to another.

The researchers found that players had to head the ball a certain number of times in a season before white matter abnormalities started to appear on imaging. The threshold varied from player to player but was generally in the range of 900 to 1,500 headers in a season.

There are also preventative measures one can take to reduce the risk of injury to the brain including:

How to practice heading
If you're teaching heading to young children you shouldn't start by throwing a ball up in the air and asking them to head it.

Instead, give your players an appropriate-sized ball each, tell them to bounce it on the ground then try to head it forwards – not upwards – as it rises, use the technique described above.

Bouncing the ball takes the power out of the ball, slows the whole process down and reduces the chance of a child getting hurt while they learn the correct technique.

For older children, have them partner up and take turns tossing the ball at a moderate speed, at eye level. Make sure to encourage proper technique.

Never force a youth soccer player to head a ball if they do not want to.

In conclusion: Heading is and very likely will remain an important part of soccer, therefore as a youth soccer coach, you can’t pretend it doesn’t exist.

Use the previously mentioned preventative measures as well as keeping heading reps in practice to a controlled minimum. Teach your players to use other parts of their body to control, pass and score with the ball and make sure when your players do use their head, they are using proper technique.